Celebrated writer Chris Claremont turns his magic toward the Master of the Mystic Arts: Doctor Strange! Joined by artistic icon Gene Colan, there's no doubt the Doctor is in! Together, these creative giants return Baron Mordo to the fore, arming him with the occult secrets of the Vatican and testing Doctor Strange's mystic might. Then, the Shadowqueen captures Wong, and Clea and Strange must traverse dimensions and battle the demonic N'Garai to save him! Also featuring a Claremont/Marshall Rogers masterpiece; an alternate world where Doctor Strange is a disciple of the Dread Dormammu; and the 1980 all-Doctor Strange Marvel Comics Calendar, illustrated by an amazing array of top artists from Frank Miller to John Byrne! Collecting DOCTOR STRANGE (1974) #38-45, MAN-THING (1979) #4, WHAT IF? (1977) #18, material from MARVEL FANFARE (1982) #5, and MARVEL COMICS CALENDAR 1980. 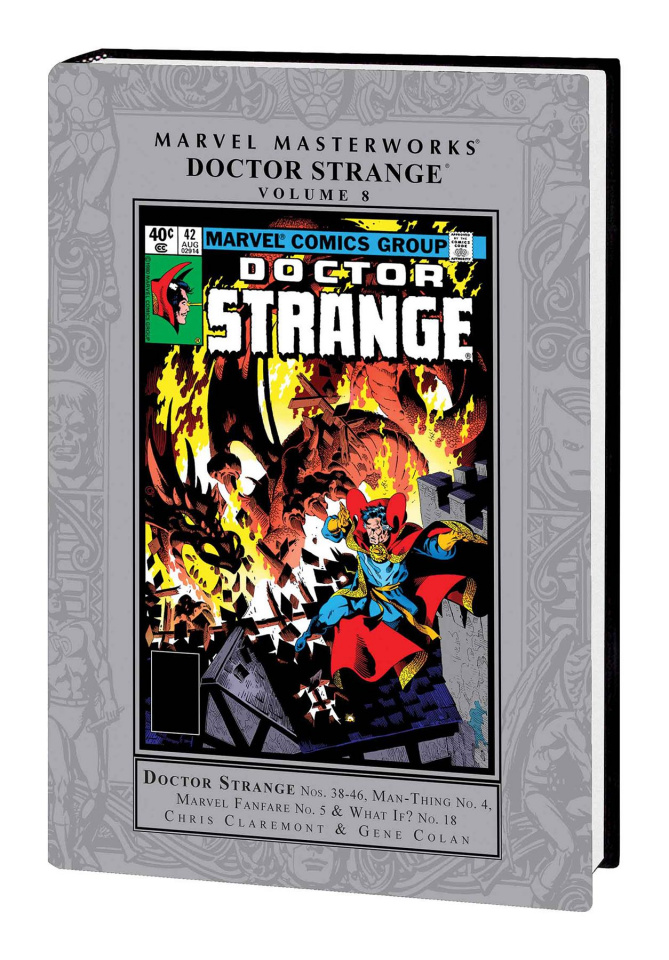