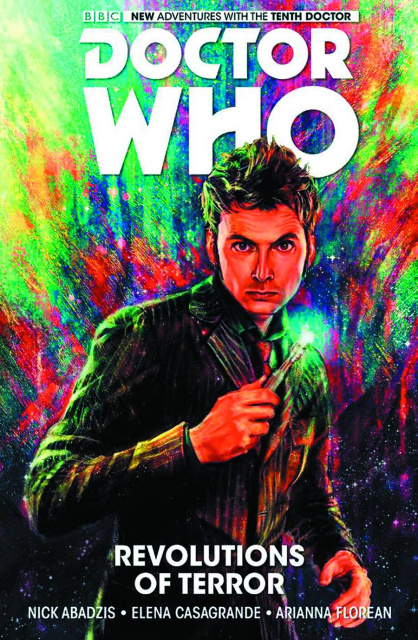 Doctor Who: New Adventures with the Tenth Doctor Vol. 1: Revolutions of Terror

The tenth Doctor thought he was done with traveling companions after Donna's tragic exit, but that was before he met Gabriella "Gabby" Gonzalez during an incursion of psychic parasites in Brooklyn, New York! Now she's traveling the cosmos as the Doctor's latest companion - and life couldn't be more exciting! Battling invisible creatures on the Day of the Dead or uncovering a galactic conspiracy in the universe's most famous art gallery, the only downside is the constant threat of death! Collects Doctor Who: The Tenth Doctor #1-5.