This collection reprints the adaptation of the television movie, The Night Strangler, written by the legendary Richard Matheson, and the three issues of Kolchak: The Night Stalker Files comic by Chris Mills. Carl Kolchak doesn't have time for horror movies. His life is scary enough, and now he's between jobs and desperate for a paycheck. When a young actress goes missing on the set of a low-budget monster flick, he soon discovers that making it big in Hollywood can be murder! 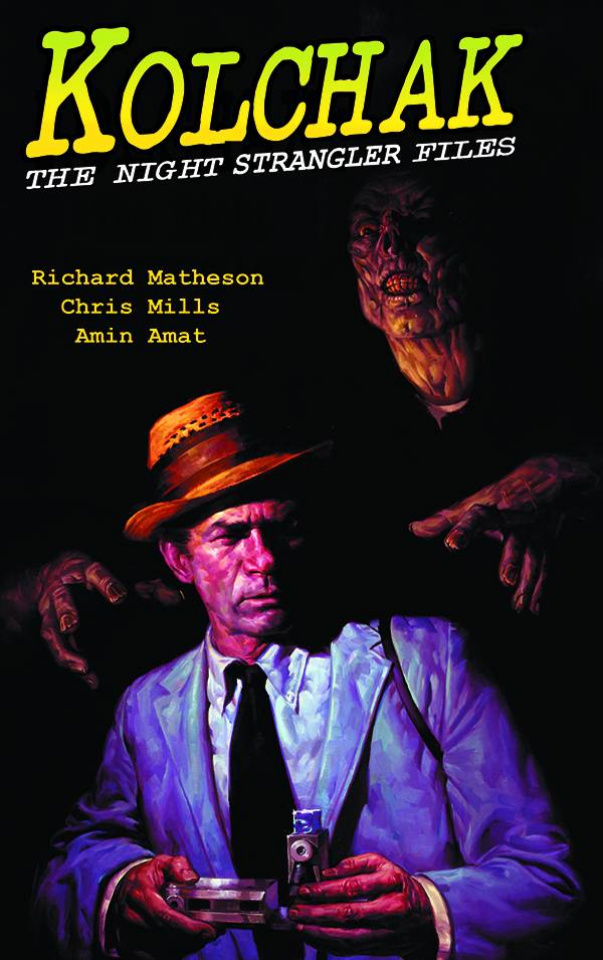