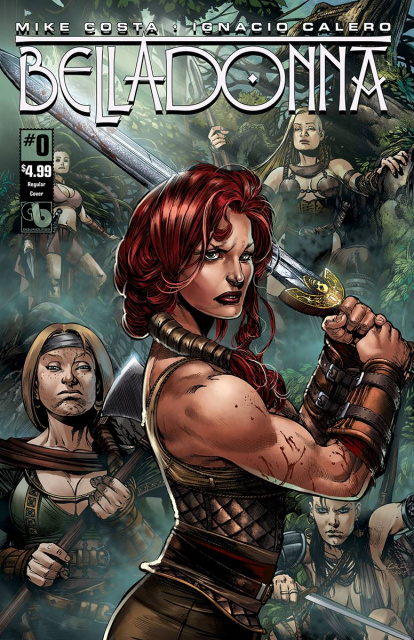 But bloodletting and supernatural beasts aside, Belladonna is also a meticulously researched evocation of the pre-Roman British isles during the 9th century. It was a century of blood and fire, kingdoms rising and falling in the contest between the Vikings and the Picts, with Belladonna and her irregular war-party of women fighters are caught in the middle.

For the ultimate in collectible editions, there is a Century cover - Red Hot - by Jose Luis that is limited to 100 copies!