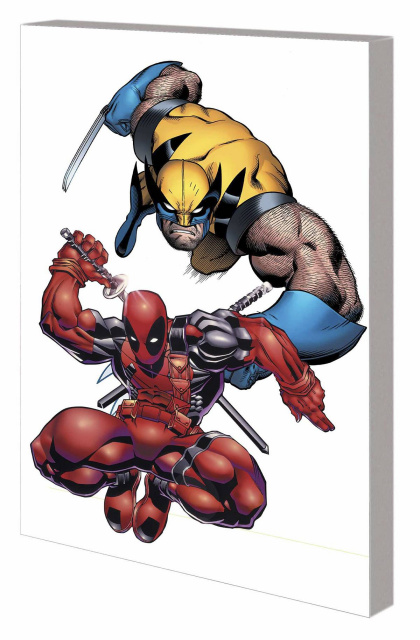 Feisty fun for the whole family with two of Marvel's most popular superstars!

Everybody loves Deadpool, right? Somebody ought to tell the Avengers! Can the Merc with a Mouth fast-talk his way out of a confrontation with Earth's Mightiest Heroes?

At least Spider-Man can see Wade Wilson's appeal -- until a day in the life of Deadpool shows him a little something about power and irresponsibility.

Wolverine's keen to teach Spidey a lesson, too, when he finds out the web-head is following him -- and he is one tutor who makes sure you get the point!

And what was Wolvie up to just before he first tangled with the Hulk? Find out here! Collecting MARVEL ADVENTURES SUPER HEROES (2010) #4, MARVEL UNIVERSE ULTIMATE SPIDER-MAN: WEB-WARRIORS #8, FREE COMIC BOOK DAY 2009: WOLVERINE and MARVEL ADVENTURES SPIDER-MAN (2010) #3.