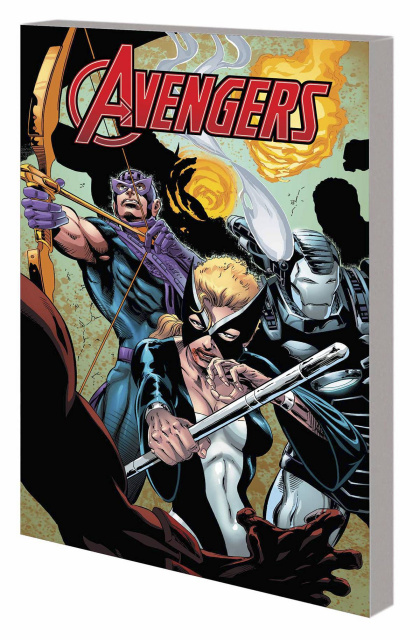 Avengers: The Death of Mockingbird

Say a tearful farewell to Mockingbird -- and the whole West Coast Avengers team -- as Hawkeye loses everything! But first, he'll need to ditch the bow and arrows to fight a giant threat: Brace yourself for Goliath vs. Goliath! With foes like Doctor Demonicus, Klaw and the Lethal Legion on the horizon, the Whackos will need new recruits. Enter: War Machine and Darkhawk?! INFINITY CRUSADE pits Avenger against Avenger, but the team is really put through hell courtesy of Mephisto. What does it take to kill a Mockingbird? In the wake of tragedy, the team is brought to a forceful end! Plus: Discover the origin of the first arachnid Avenger, Julia "Spider-Woman" Carpenter -- and witness Scarlet Witch in solo action! Collecting AVENGERS WEST COAST #92-100 and #102, SPIDER-WOMAN (1993) #1-4 and material from MARVEL COMICS PRESENTS (1988) #143-144.