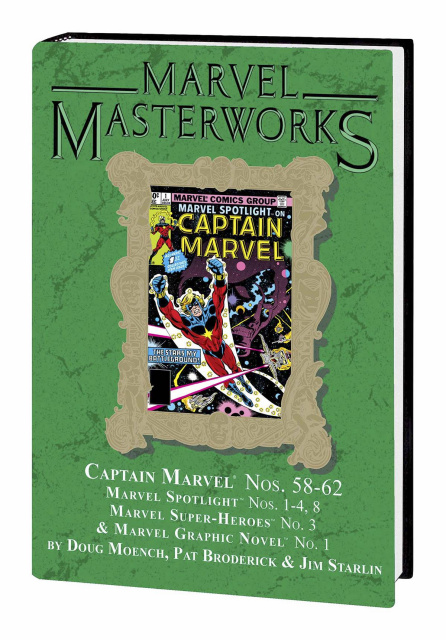 The Marvel Masterworks once again presents Captain Marvel -- and this volume completes his adventures! From the epic Battle of Titan to the all-time classic Death of Captain Marvel, you can now experience every page of Mar-Vell's cosmic quest in painstakingly restored hardcover editions. The action begins with a plan set in motion by Thanos's death: the worldwide computer ISAAC has taken control of Titan in Thanos's name! To overcome this deadly threat, Captain Marvel and Drax the Destroyer must fight a war on two fronts that spans the entire solar system. Art turns by Steve Ditko and Frank Miller, plus a rare tale held over for years, set the stage for Jim Starlin's touching farewell to Mar-Vell. Collecting CAPTAIN MARVEL (1968) #58-62, MARVEL SPOTLIGHT (1979) #1-4 and #8, MARVEL GRAPHIC NOVEL #1 and material from MARVEL SUPER-HEROES (1990) #3.