Guardians of the Galaxy by Abnett and Lanning

All that stands in the way of universal disaster is an unlikely band of cosmic misfits: the Guardians of the Galaxy, retooled for the 21st century! Star-Lord, Gamora, Drax the Destroyer, Rocket Raccoon, Groot, Adam Warlock, Mantis and the all-new Quasar -- together with Cosmo the telepathic space dog -- take on the universe's most dangerous menaces and have a little fun along the way! The ragtag team must contend with Guardians from the future, a Skrull Secret Invasion and the Church of Universal Truth before the celestial stakes get even higher when an Inhuman/Shi'ar War opens up a Fault in space that may destroy everything! And the return of Thanos could spell doom for the Guardians! Plus: The solo adventures of breakout stars Rocket and Groot! Collecting GUARDIANS OF THE GALAXY (2008) #1-25; THANOS IMPERATIVE: IGNITION #1, #1-6 and DEVASTATION #1; and material from ANNIHILATORS #1-4 and ANNIHILATORS: EARTHFALL #1-4. 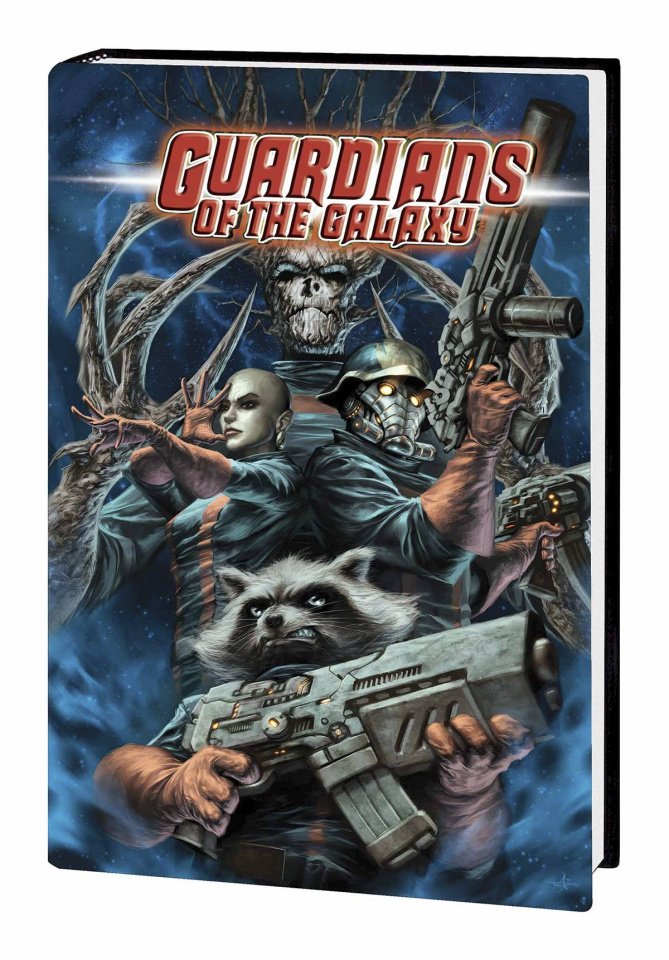