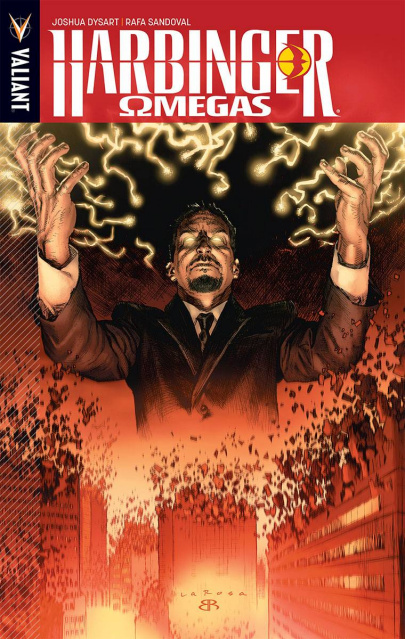 Cold war no more! Peter Stanchek. Toyo Harada. The two most destructive superpowers in the world - literally - have come to a reckoning of will, and in the fallout of their cataclysmic conflict, each will come to grips with a world in which the other is free...and unchecked. Their former families, the Harbinger Foundation and the Renegades, lie in shards around them. What will stop these men - either of them - from reducing the world to ashes? Jump on board the convention-defying series that the Onion/A.V. Club calls "the crown jewel of Valiant's line-up" as New York Times best-selling writer Joshua Dysart and red-hot artists Rafa Sandoval, Khari Evans, Mico Suayan, and Stephen Segovia close the door on one generation of Harbinger Renegades...and prepare the foundation for another. Collecting HARBINGER: OMEGAS #1-3 and HARBINGER: BLEEDING MONK #0.