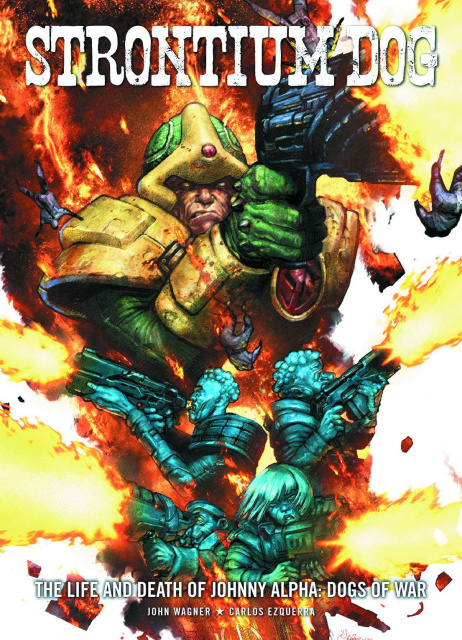 Strontium Dog: The Life and Death of Johnny Alpha

Late 22nd century. After the Atomic Wars, many survivors were warped by the Strontium 90 fallout. These "mutants" became a victimized underclass, and the only job open to them was bounty hunting. One such Search/Destroy agent, or Strontium Dog, is Johnny Alpha, who was thought killed. But he has been resurrected and is now leading mutantkind in a revolution against the Norms!