In the second installment of The Accursed story-arc, Vampirella helps The Kabal track down "The Good Doctor"-aka the fabled Dr. Faustus. Their hunt for the immortal alchemist takes them to India, where Faustus is working on perfecting his 'black rabies'-a deadly virus that combines elements of a supernatural curse and a natural disease, turning the humans infected by it into homicidal maniacs! Can Vampirella find the mad doctor before he unleashes the mutant contagion on the population of one of the world's most populous countries? But, more importantly, can she trust her new allies once they get their hands on Faustus' research? 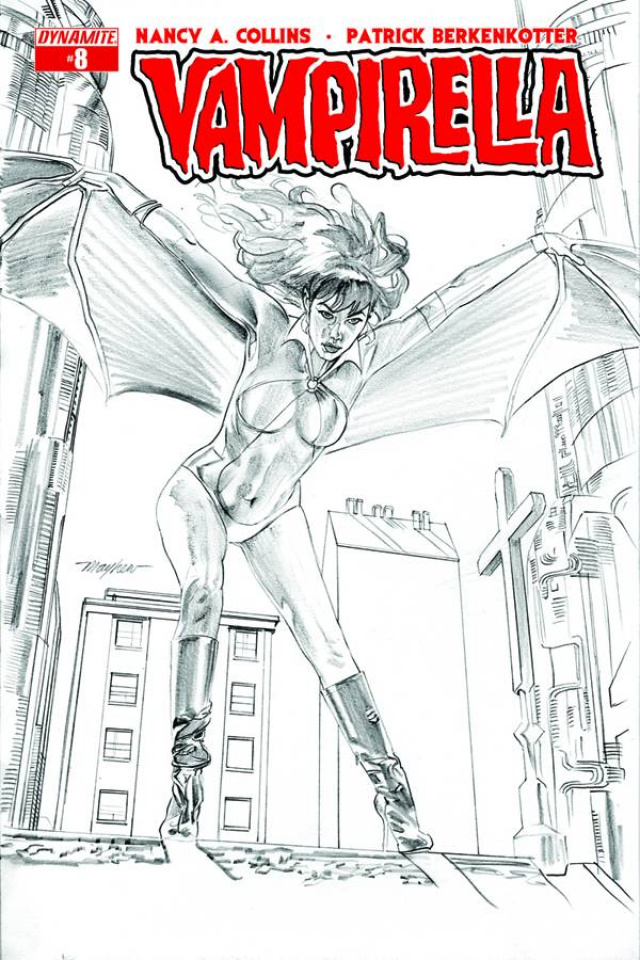