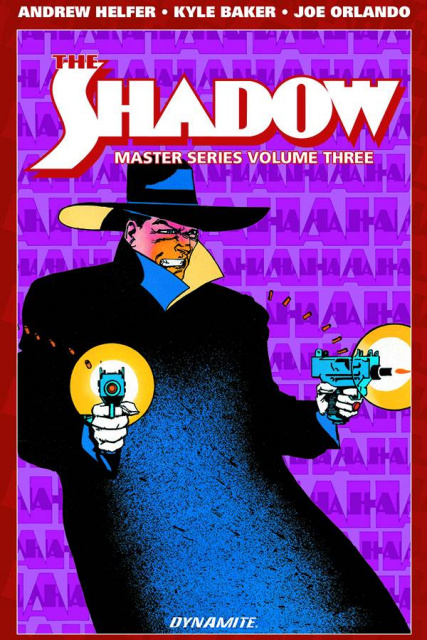 The Shadow is dead, a victim of a biological weapon... but his soul survives!

Believing that their father's ultimate fate rests in the hidden city of Shambala, the twins Chang and Hsu-Tei carry The Shadow's body deep within the Tibetan mountains, only to find themselves hunted by Chinese authorities and the outlaw denizens of a town called Malice. Meanwhile, without their master's guidance, the agents of The Shadow struggle to find their place in a violent, corrupt world. Intent on curing the disease of crime, the unhinged agent Twitch assumes a fearsome identity of his own as The Inoculator... but his brand of vigilante justice draws the attention of a deadly enemy.

Will the network of agents survive an assault by The Avenger, a master of disguise as brutal and unrelenting as The Shadow himself? Dynamite Entertainment proudly presents the complete, ground-breaking "Body & Soul" storyline by Andrew Helfer and Kyle Baker, plus two additional stories of The Shadow's past, revealing the secrets that bind his most loyal agents - Margo Lane, Harry Vincent, Burbank, and more - to his never-ending war!