The Titans have been released upon a war ravaged world.  Now giant beings and beasts threaten to turn the planet into a blazing ruin.  The bickering gods have no choice but to unite in the face of certain destruction.  But can their temporary truce last long enough to defeat the Titans or will the temptation to turn upon each other be too great to pass up? Don't miss the epic new direction for God Is Dead!  Available with a Regular, End of Days, and Gilded Retailer Incentive covers by Jacen Burrows, a Carnage Wraparound cover by German Nobile, an Iconic by Facundo Percio, and a special Enchanting cover by Gardenio Lima. 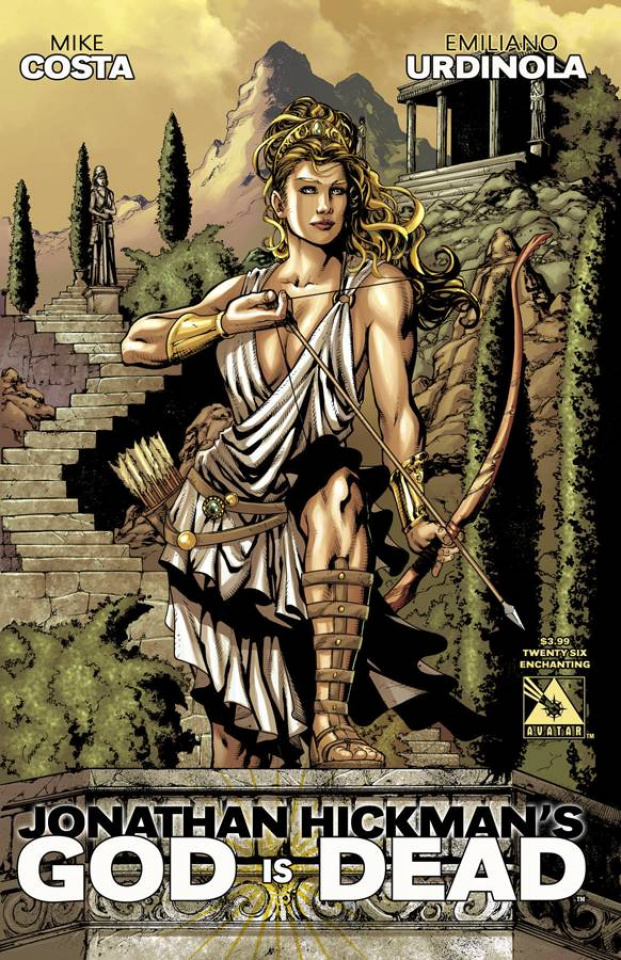