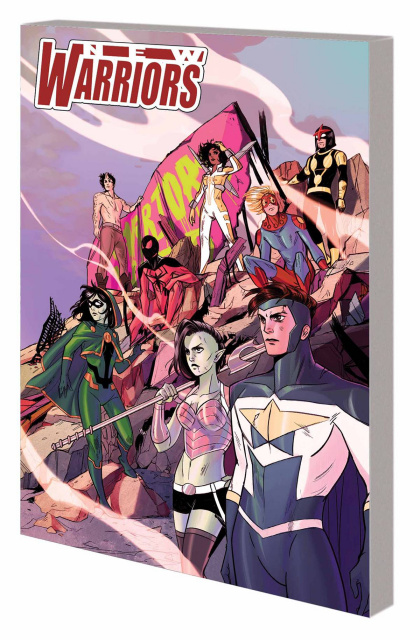 The New Warriors are pulled into INHUMANITY as their own resident Inhuman, Haechi, is targeted by two different tribes of Inhumans - and faces a difficult choice! Meanwhile, Jake Waffles and Mister Whiskers are back, but are they friends or foes? What does Jake Waffles possess that Speedball wants so badly? And who is hunting Nova? As Justice and Scarlet Spider hit the road together for Houston, the New Warriors take their fight straight back to the High Evolutionary! But who is truly behind the High Evolutionary's plans? Can anyone trust the Evolutionaries? For the fate of all things not-quite-human, the war is on - and not everyone will survive! Judgment has come for humanity, for Earth - and for the New Warriors! Don't miss the shocking conclusion! Collecting NEW WARRIORS (2014) #7-12.