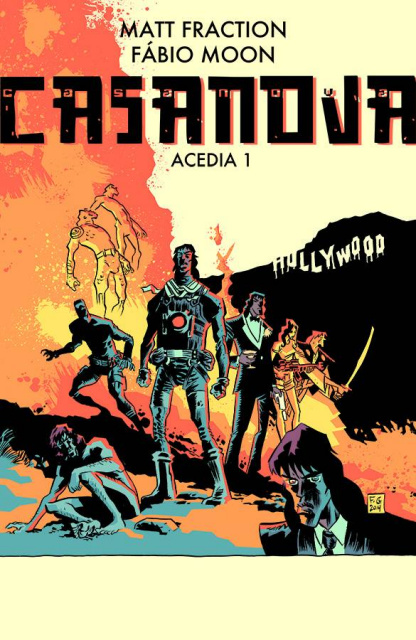 Marooned in Los Angeles with no memory of his past, Casanova Quinn takes on the mystery of his criminal benefactor's tangled and bloody history-as strange occult forces from the future conspire to... do stuff? To him? To Los Angeles? To you? YES. Featuring the first in a series of backup stories by Pulitzer Prize winner MICHAEL CHABON and CASANOVA co-creator GABRIEL BA.