Every mission...is someone's last. Out of the ashes of Harbinger Wars, Bloodshot is about to join the weaponized men and women of the HARBINGER ACTIVE RESISTANCE DIVISION - the black budget, technologically-augmented strike force where the powers are dangerously unstable and every mission is a one-way ticket into the meat grinder. With a reluctant leader calling the shots and a new crop of untested rookies manning the frontline, Bloodshot is about to take H.A.R.D. Corps behind enemy lines - and into a gasoline-drenched, synapsesnapping suicide run where no one is safe...and heroes always die trying. Collecting BLOODSHOT AND H.A.R.D. CORPS #14-17 and BLOODSHOT #0, join acclaimed writers Christos Gage (Avengers Academy) and Joshua Dysart (Harbinger Wars) and superstar-in-the-making Emanuela Lupacchino (Archer & Armstrong) right here to light the fuse on an explosive new chapter for Bloodshot and the Valiant Universe's most feared team of superhuman operatives! 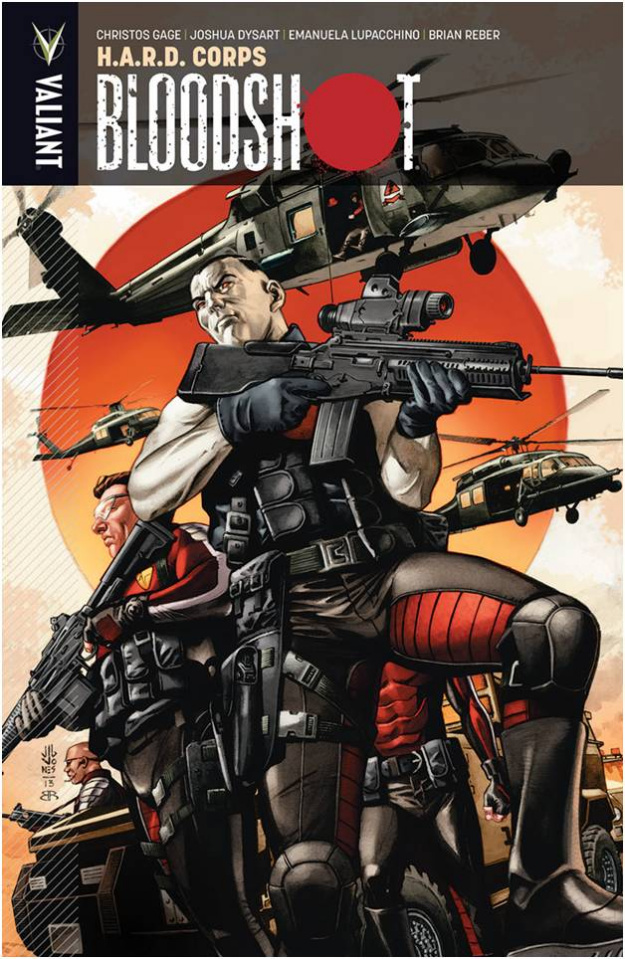