Fans of B-movie hilarity all over the world have fallen for this love-letter to low-budget SF cinema! Now this charming comedy adventure is collected in a deluxe hardcover, with all-new special features from 'director' Dan Boultwood and the cast and crew of Pinetree Studios! Enormous alien robot GRURK lays waste to the bucolic 1950s English countryside. When the British Army proves ineffective, only pipe-chomping space scientist Dr. Boy Brett and his assistant Doris Night (a lady) stand a chance of stopping it from sapping what remains of the British Blitz Spirit! How can they possibly prevail against this alien intelligence?! And could DORIS hold the key to beating this invasion? Keep your upper lips stiff, your ties immaculately knotted, and your notions of gender equality dialed back sixty years - for the sake of the planet! PLUS: Character sketches, movie posters, in-universe interviews - and an all-new 'trailer' story for upcoming dinosaurrific follow-up, Lost Land of the Lost, exclusive to this volume! 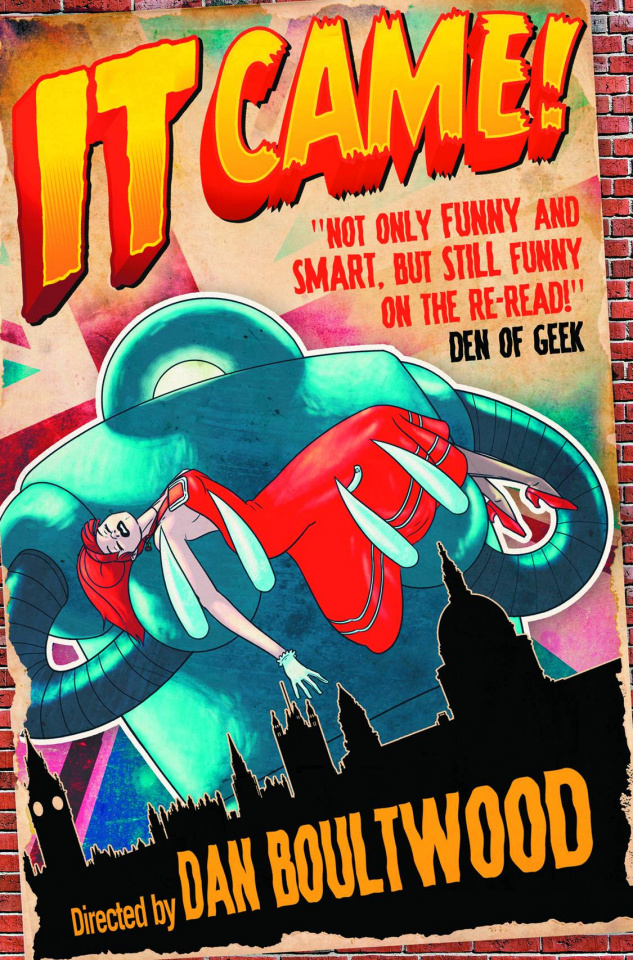