More "out of this world" yarns from the heroes and heroines of the spaceways that first appeared from Fiction House over a thirteen-year period ending in 1953. They're all here - Flint Baker, Reef Ryan, The Space Rangers, Gale Allen, Star Pirate, Mysta of the Moon, Norge Benson, and many more! Collecting issues #9-12 (September 1940 to May 1941). Limited to only 300 slipcased copies. 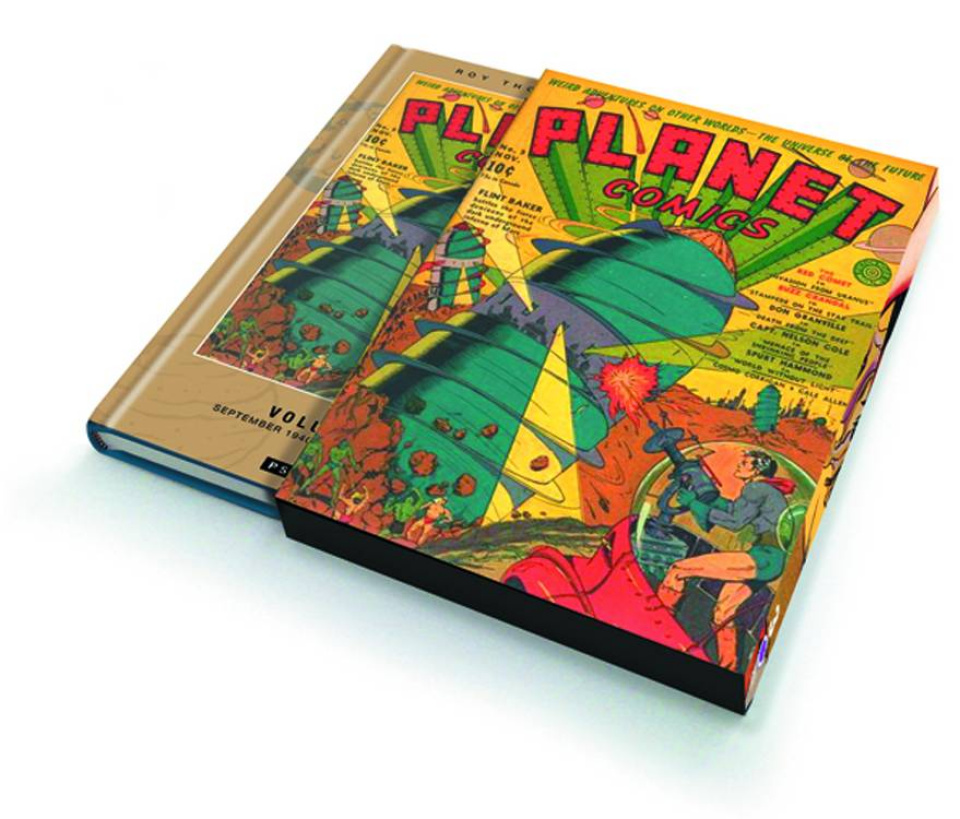