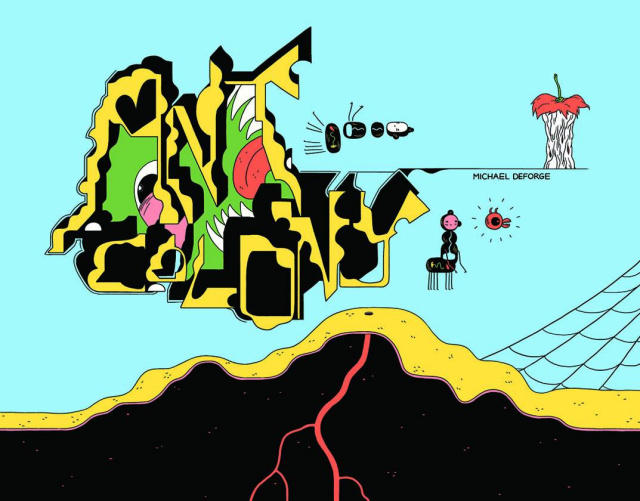 The debut graphic novel from a dazzling newcomer with a singular, idiosyncratic style. Michael DeForge's brash, confident, undulating sensibility sent a shockwave through the comics world for its unique, fully formed aesthetic. Ant Colony follows the denizens of a black ant colony under attack from the nearby red ants. On the surface, it's the story of this war, the destruction of a civilization, and the ants' all-too-familiar desire to rebuild. Underneath, though, Ant Colony plumbs the deepest human concerns - loneliness, faith, love, apathy, and more. All of this is done with humor and sensitivity, exposing a world where spiders can wreak unimaginable amounts of havoc with a single gnash of their jaws...