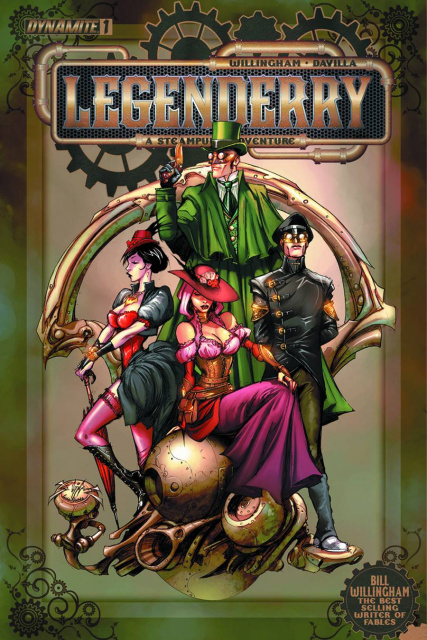 It's a world in which the great heroes of our stories live in the flesh. We start in the Big City, protected by Vampirella and the Green Hornet. A scarlet clad woman of mystery rushes into a bar, pursued by a team of assassins. The terror that breaks loose there and then will eventually lead (in the issues that follow) to The Phantom's Jungle, Flash Gordon's space age town of Landing, battles in the sky with Captain Victory, and so much more, until finally, we arrive in the Monstrous Lands, protected by... well, nobody.