With the galaxy on the brink of complete destruction and nowhere else to turn, the Hypernaturals must work with their most dangerous enemy if they want to save the Quantinuum. It's a fight for survival as the world as we know it teeters on the edge of annihilation.. Collecting 9-12 of the critically acclaimed series, THE HYPERNATURALS VOLUME THREE sees Dan Abnett and Andy Lanning, the superstar writing duo behind ANNIHILATION and GUARDIANS OF THE GALAXY, team up with fan-favorite artists Tom Derenick (JUSTICE LEAGUE OF AMERICA) and Andres Guinaldo (NIGHTWING) to take cosmic superheroes to an all-new frontier! 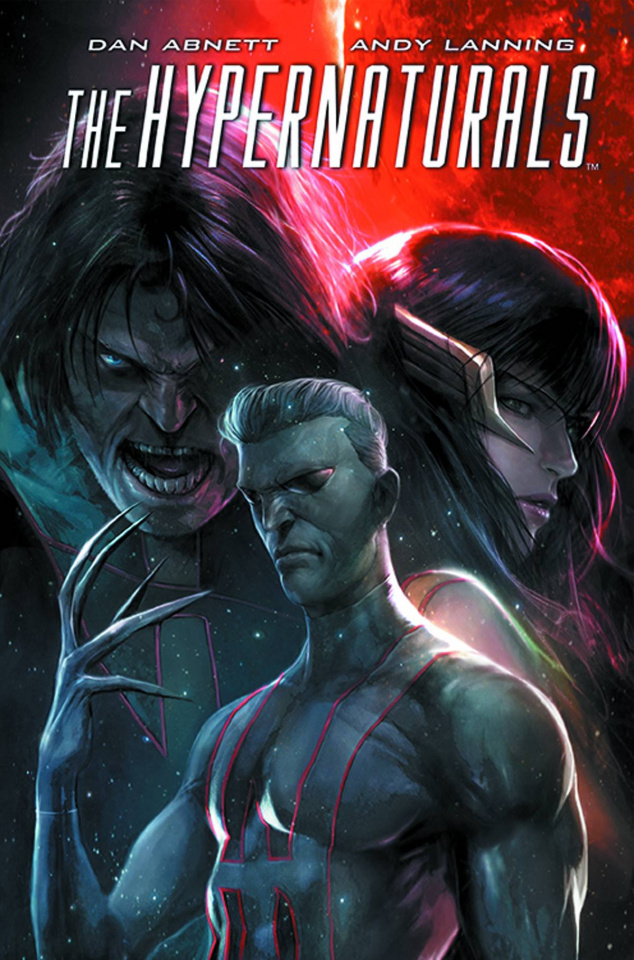