KIERON GILLEN and CAANAN WHITE welcome the New Year with more enhanced horrors in the Pacific Theater. Uber changed the way World War II ended and now an extended period of suffering has escalated the losses for both sides. Japanese deployment of super soldiers has given rise to new nautical terrors. And no one could see the conflict taking this turn as the Allies attempt to cope with the devastating new weapons of war. Enter the new World War II with the arms race now focused upon developing super human warriors and the utter annihilation of entire armies. Available with Regular or Wraparound cover by Caanan White, Propaganda Poster cover by Michael Dipascale, and a special Blitzkrieg Incentive cover by Caanan White. 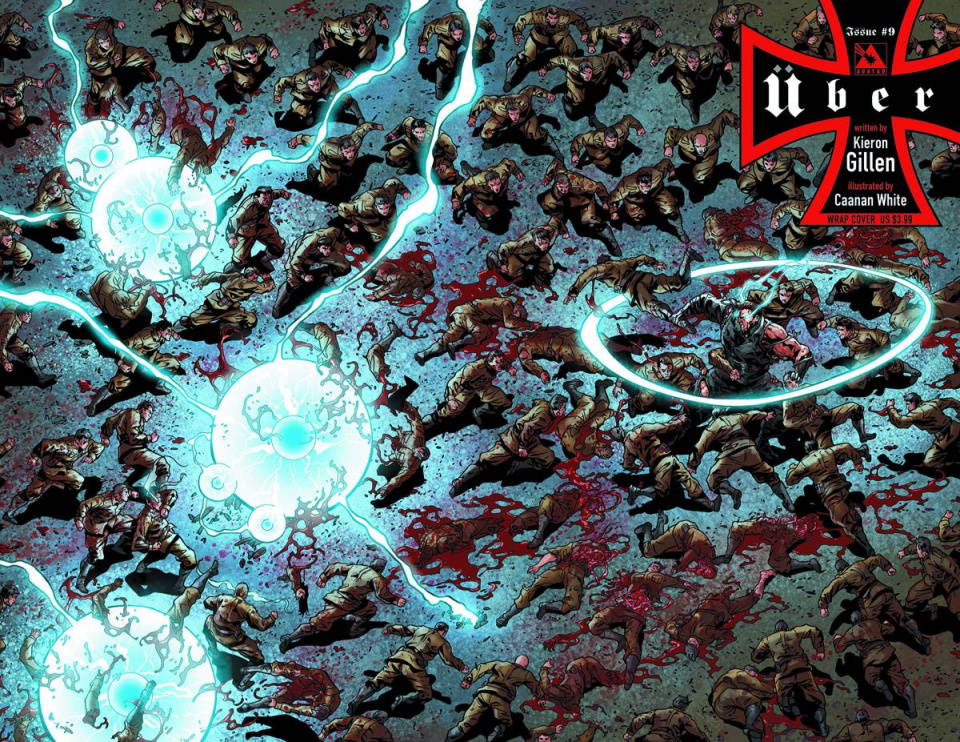