Scarlet Spider Vol. 4: Into the Grave

Everything has changed for Kaine. His second chance at life is over. Now, at his lowest point, Kaine comes face-to-face with the one man who's fueled his obsession, hate and guilt his entire life: Ben Reilly, the original Scarlet Spider! Alone, adrift, beaten and lost, Kaine's body is broken - and his soul is next. Enter the Hunter - but what does Kraven really want? It's not what you might think. Plus: Kaine's supporting cast is about to pay the price of being his friend. And after the immense sacrifices Kaine must make to survive, he is faced with a choice - one that may see him leaving his new life forever. But is there a place for the Scarlet Spider anywhere in this world? The answers will surprise you as Kaine's story comes to a close! Collecting SCARLET SPIDER (2012) #21-25. 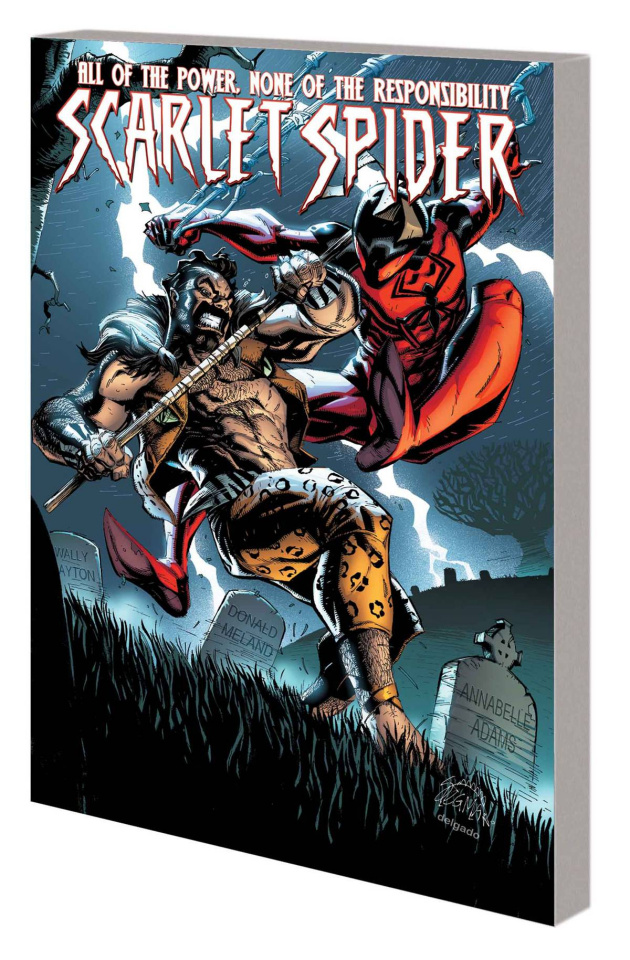