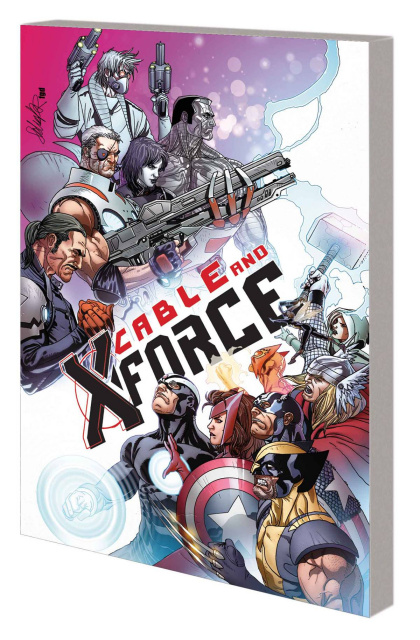 As tensions rise between Cable's X-Force and the Uncanny Avengers, Cable's precognitive visions grow increasingly relentless. X-Force must race against the clock to stop each terrible vision from coming true - but what happens if they fail? As the stakes grow higher, Domino and Colossus team up for the heist of the century - but their mounting feelings for one another might keep them from pulling off the mission! And when Cable and Havok come face-to-face, can Cable convince his uncle his cause is just? Elsewhere, Hope embarks upon a futuristic adventure with an unexpected mentor. Can she save her adopted father from the Uncanny Avengers - and from himself? And in the wake of this tumultuous battle, what will be the future of Cable's X-Force? Collecting CABLE AND X-FORCE #10-14.