Peter Parker's past comes back to haunt him in his latest and greatest Marvel Masterworks volume! Doc Ock has returned, and he's brought the ghost of Hammerhead with him! And those two aren't the only ones back from the grave: The Kingpin is out to resurrect his son, and he can only do it if Spider-Man dies! The danger doesn't stop there, either, as the Punisher sets his sights on Spider-Man in an adventure guest-starring the X-Men's Nightcrawler, dinosaurs rampage down Broadway in the war of the reptile-men, one of Spidey's oldest foes hijacks the Spider-Mobile, and J. Jonah Jameson secures proof of Spidey's secret identity in the return of the Spider-Slayer! Reserve your copy today! Collecting AMAZING SPIDER-MAN (1963) #156-168 and ANNUAL #10. 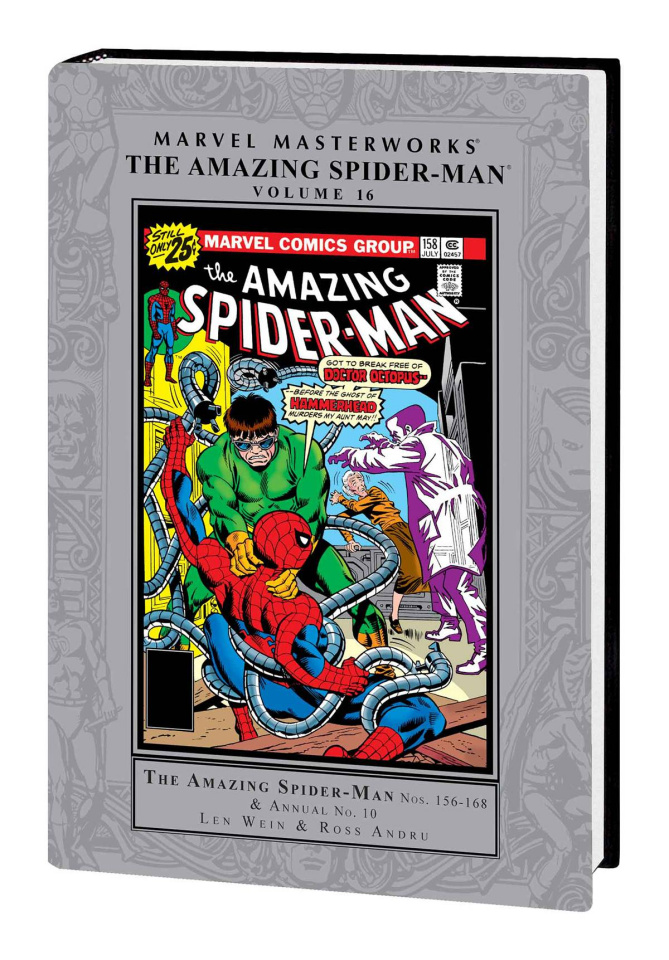