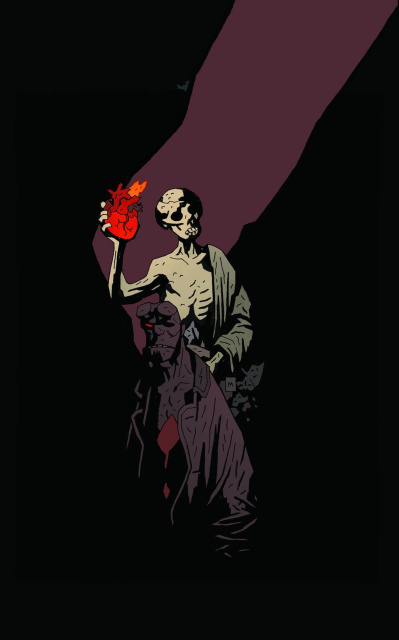 Hellboy in Hell #1 launched to rave reviews and sold out immediately! Dark Horse goes back for a second printing, featuring an all-new cover by Mike Mignola! After saving the world in The Storm and The Fury, but sacrificing himself and Great Britain, Hellboy is dead, cast into Hell, where he finds many familiar faces, and a throne that awaits him. Mike Mignola returns to draw Hellboy's ongoing story for the first time since Conqueror Worm. It's a story only Mignola could tell, as more of Hellboy's secrets are at last revealed, in the most bizarre depiction of Hell you've ever seen.

"Hellboy in Hell #1 is indescribably good. No amount of hyperbole can do the book justice. Mike Mignola is back and better than ever." -Newsarama.