The unthinkable has happened and an insane Highborn walks the burning Earth. "The Summoning" story arc roars to an end as Helios and his chosen rampage across the globe. With the world ablaze, Sela, Samantha, and their allies must contend with the fallout from last issue's betrayal while keeping new threats at bay. It's a race against time to save the world and if anyone survives, what new horrors, or new hopes, await them on the other side? The final OVERSIZED issue of Grimm Fairy Tales Myths and Legends is here and the beginning of the evolution of the Grimm Universe has only just begun. 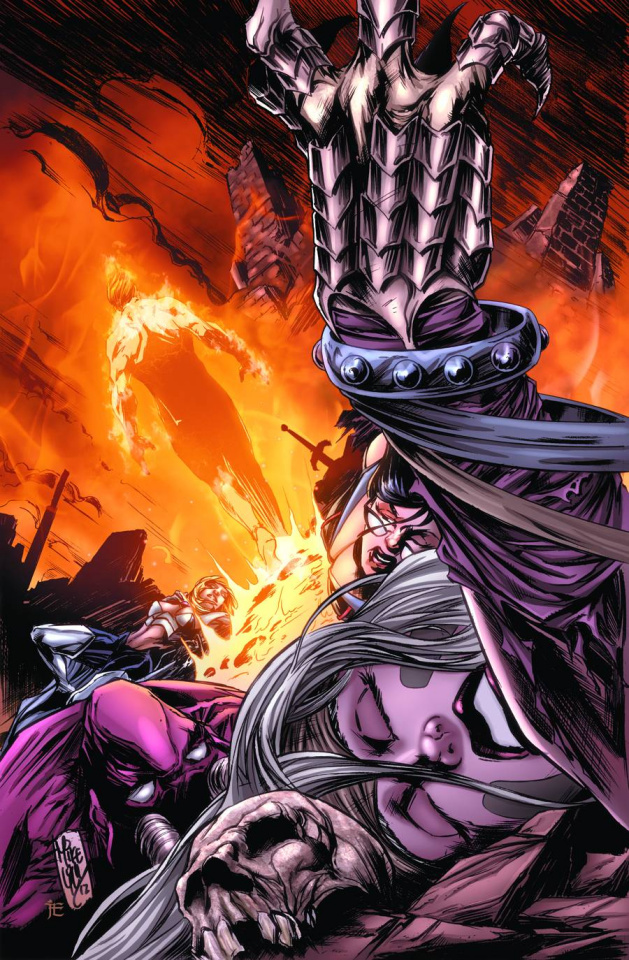