As the rebellion rages on through the city of Bree, everything is on the line for Robyn. Trapped in the fairy tale realm of Myst for over a year, she has become the voice of the revolution and a hero to the people. Everything is on the line as Robyn faces off against the wicked King John and his champion, Guy of Gisbourne, in a battle to the death. Zenescope's epic miniseries comes to a shocking end in this oversize finale, "Robyn Hood's Death." 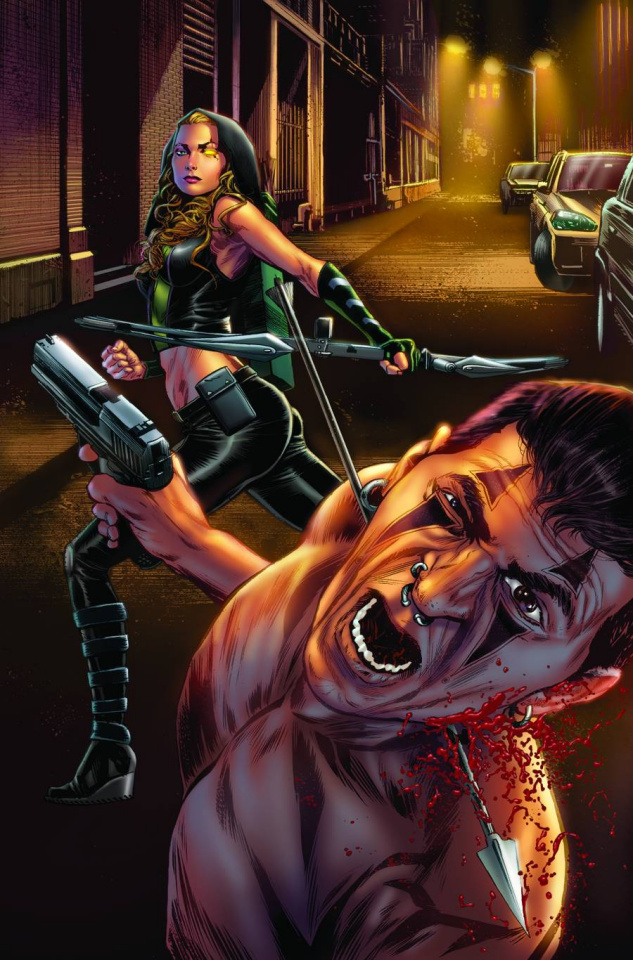