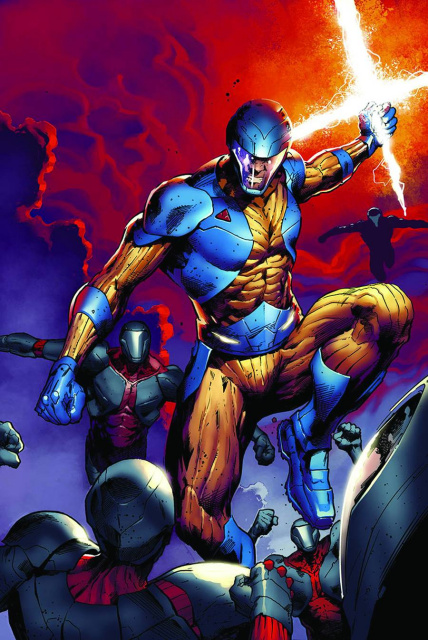 The countdown to PLANET DEATH starts now! New York Times best-selling author Robert Venditti and superstar artist Trevor Hairsine (Ultimate Spider-Man, Cla$$war) kick off the two-part prologue that will lead to the X-O Manowar event nearly a year in the making. The Vine invasion fleet has finally reached Earth, and they aren't leaving until they reclaim their sacred X-O Manowar armor. Standing in their path is Aric of Dacia, the first human to ever wield the armor's power. But the armor is capable of so much more than even Aric knows, and he'll face adversaries old and new in his battle to save humanity from extinction. The war begins here!