Exclusive Kick-Ass 2 news, straight from the set! Plus, exclusive new interviews with top comics talent! Plus, awesome, unmissable comics adventures! The CLiNT-exclusive Death Sentence takes another thrilling twist as the conspiracy behind the G+ Virus takes shape and the dying anti-heroes take control of their fates! Hit-Girl rules the school - and the local underworld - as Mindy takes on the high school hive mind and the mob at the same time! The Secret Service ratchets into high gear as Gary's super-spy apprenticeship reaches its final phase! All this, and so much more! 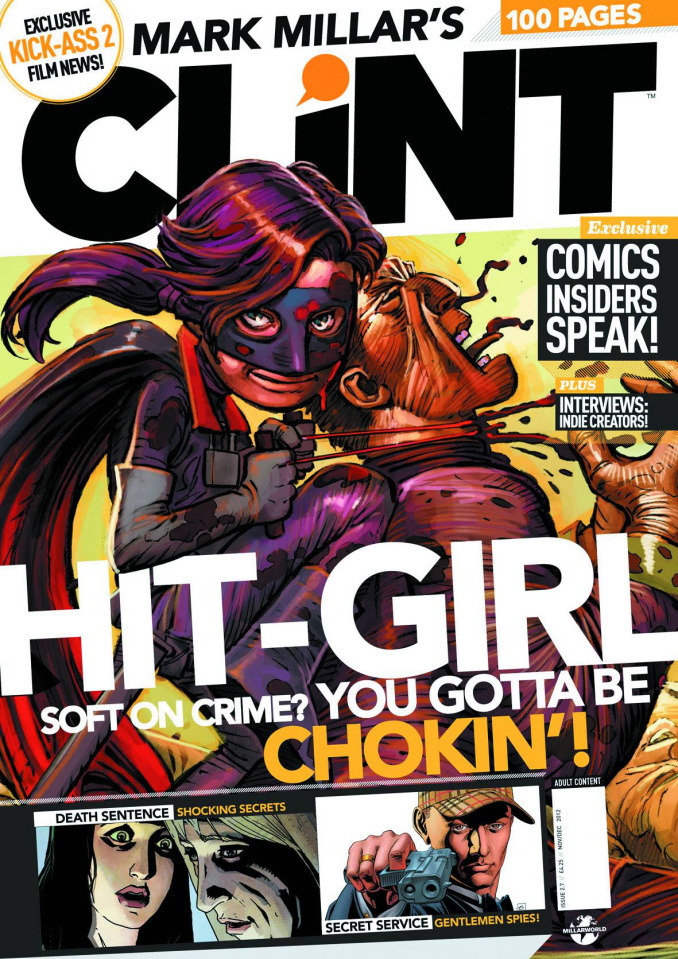