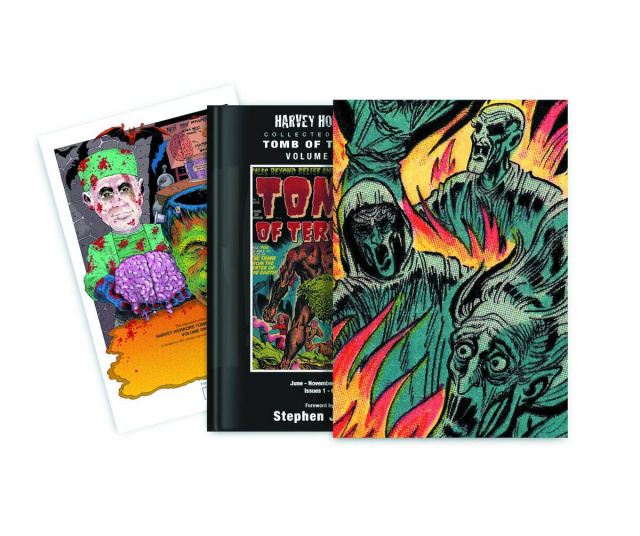 Tales beyond belief and imagination from this pre-code 1950's classic title! From the Harvey Horror stable first published in the 1950's, the Tomb of Terror ran for 16 issues, this volume collects issues #1-5 from June 1952 to November 1952 in this exclusive slipcased edition. With an introduction from Stephen Jones, each volume will profile some of the leading artists working on the title, including greats such as Moe Marcus, John Giunta, and Abe Simon, together with some fine examples of their original artwork. A limited edition print of Stephen Jones by Randy Broecker signed by Stephen JonesIs included in this limited slipcased edition.