The Spider Vol. 1: Terror of the Zombie Queen

The Spider, one of the most celebrated pulp heroes of all time is back, and re-launched into the 21st century! Richard Wentworth is a decorated war hero who has sacrificed everything, including the woman he loves, for duty. But the New York City Wentworth returns to is riddled with crime and corruption. With the police overwhelmed and a populace helpless, Wentworth becomes The Spider, a vigilante as ruthless and merciless as the criminals he hunts. But now there's a new danger on the rise. A deranged woman called Anput has begun a series of attacks that turn ordinary citizens into mindless zombies, bringing New York and the police force to its knees. Wentworth will stop at nothing to save the city he's sworn to protect, but in the process he will risk his family, his friends, and the woman he still loves. 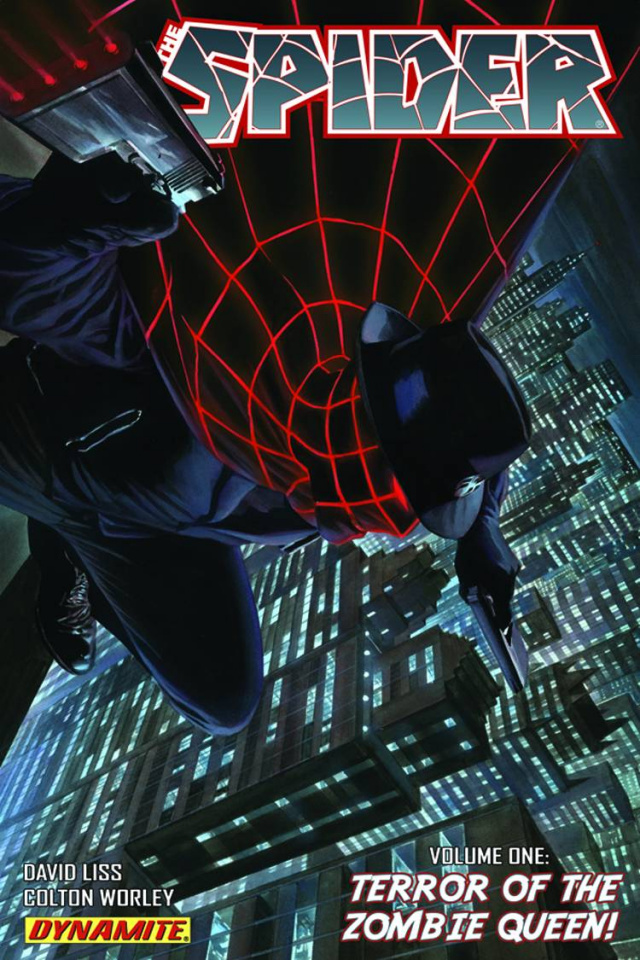