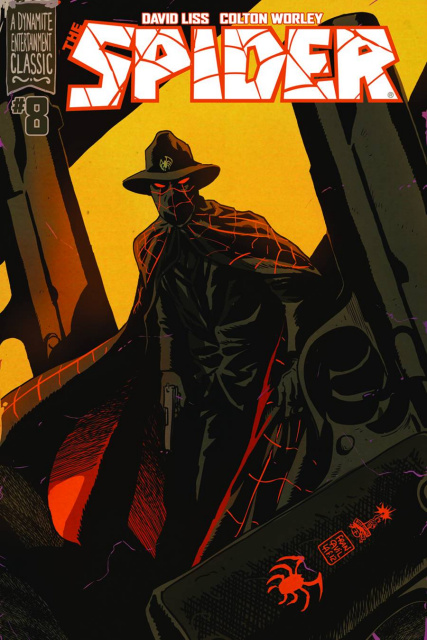 Richard Wentworth never wanted anything to do with his father's arms-dealing corporation, but control of it has landed in his hands - along with a whole lot of trouble. When weapons go missing from within the company, Wentworth begins an investigation that leads him to a dangerous terrorist plot that threatens to destroy the company, and much more! Meanwhile, Nita Van Sloan begins an investigation of her own - one that leads her into the hands of a master hypnotist with a grudge against Nita's husband. Mayhem and mind-control clash, pulp style, as one of the original Spider supporting characters makes his first appearance in the new series.