Fans have clamored for it for years - the Night of the Living Dead series has evolved and David Hine has unleashed a new era of flesh eating ghouls. Las Vegas is overrun with zombies and the plague has spun out of control. The government is taking drastic actions to contain the horrors here and avoid the expansion of the undead into other urban areas. But a group of survivors from Sin City are finding out that these emergency containment plans have acceptable collateral damage built into their execution that could mean the end for the living and undead alike. Available with Regular Wraparound, or Gore cover by Raulo Caceres, and a special Terror Retailer Incentive. 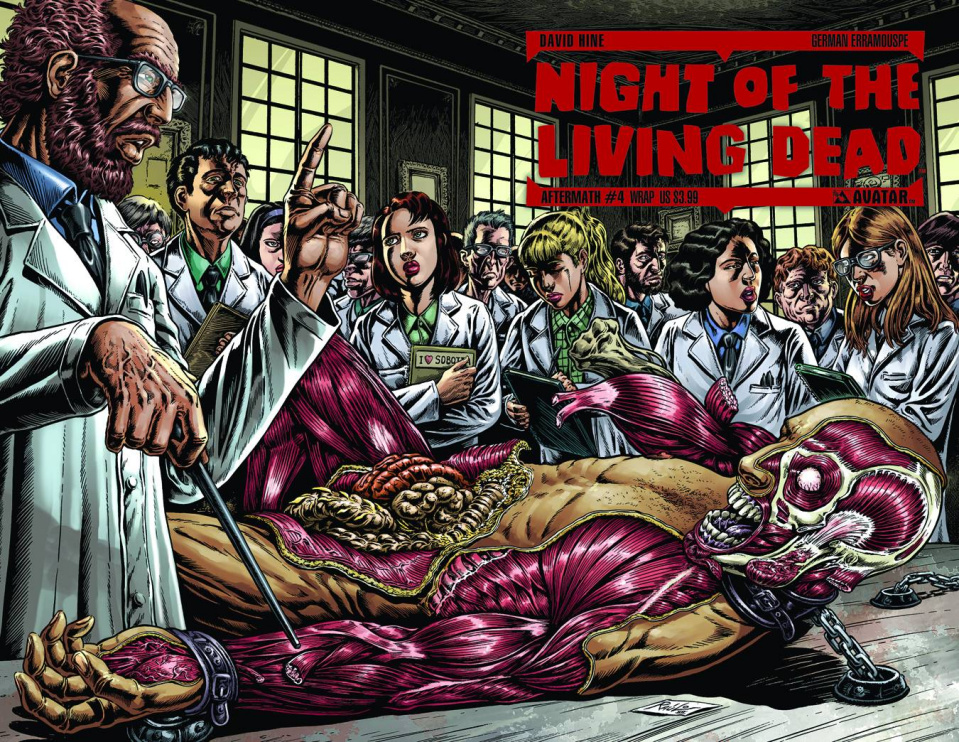