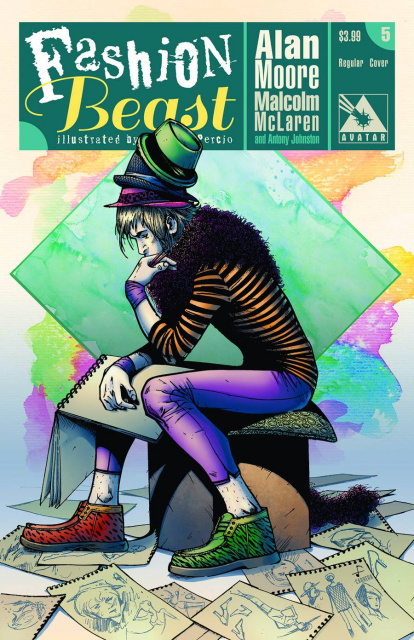 Alan Moore and Facundo Percio continue to spin the complex tale that was nearly lost to the sands of time! The web of Celestine's mysterious factory spins deeper around Doll and Jonni. Though the two despise each other, their anger and frustration over the machinations of the mystic designer draw them closer to the truth. There is a reason for everything le Patron does and his ultimate goals are shifting into place. Doll's destiny has been revealed in the tarot cards, but only time will tell whether she has drawn the Fool or the Magician from the deck. Available with a Regular or Wraparound Cover by series artist Facundo Percio or Haute Couture Incentive (by Percio) or the very rare Tarot (by Paul Duffield) Incentive cover.