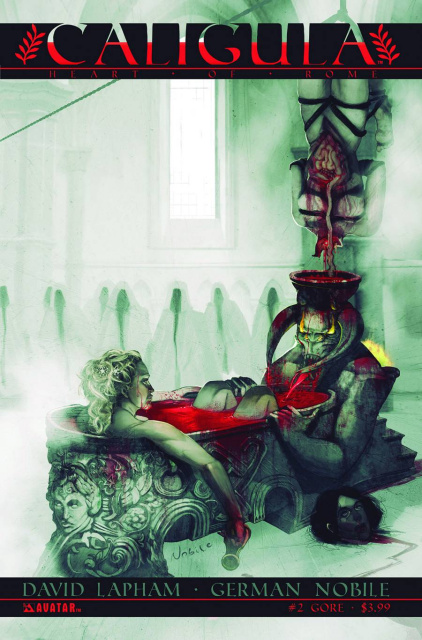 The demon Caligula lives, but there are new rivals to him that hunt the fertile grounds of Rome. Within the would-be boy-emperor, Nero, another voice speaks and guides him to unthinkable acts. And as Laurentius searches for the monster that killed his wife, the will of Caligula begins to force Felix to commit new horrors. David Lapham has created a gripping world where the violence, sexuality, and possession of demons collide in ancient times and no one is safe from the horror. Available with Regular, Wraparound, or Gore covers by German Noble, and a special Imperial Retailer Incentive.