The NFL comes to comics! Chargers fan Ish is chosen by a mysterious figure to become the first NFL Guardian of the Core. But can he harness his powers to defeat the evil Sudden Death and his Blitz Bot minions? Join Ish, his friends, and a colorful cast of NFL Rusherz as they determine that "fighting evil is a team effort!" A prologue to the ongoing series! 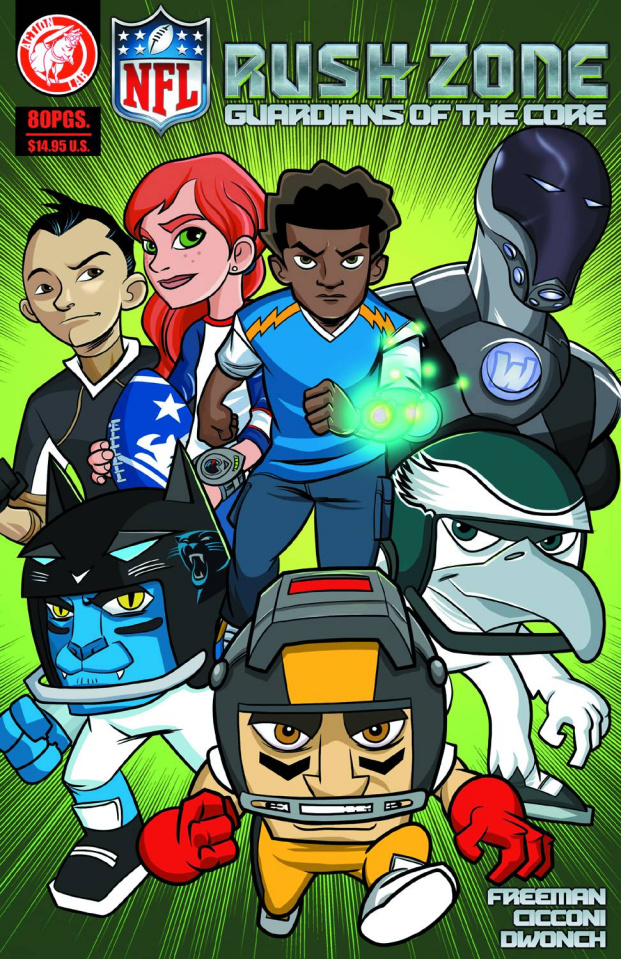