It's Thor as you've never seen him when Eisner and Harvey Award-nominated writer Roger Langridge and artist Chris Samnee re-imagine the God of Thunder! Thrill as Thor battles raging robots the size of cities and fights side-by-side with Iron Man for the first time! Gasp as he tames the mightiest sea creatures and tests his might against the Sub-Mariner! Swoon as he rescues damsels in distress from the vilest villains! Plus: When mischievous Loki's machinations throw Thor and a World War II-era Captain America into King Arthur's court, it's a time-twisting tale of Camelot craziness that neither Avenger will ever forget! Collecting THOR THE MIGHTY AVENGER #1-8, FREE COMIC BOOK DAY 2011: CAPTAIN AMERICA & THOR. 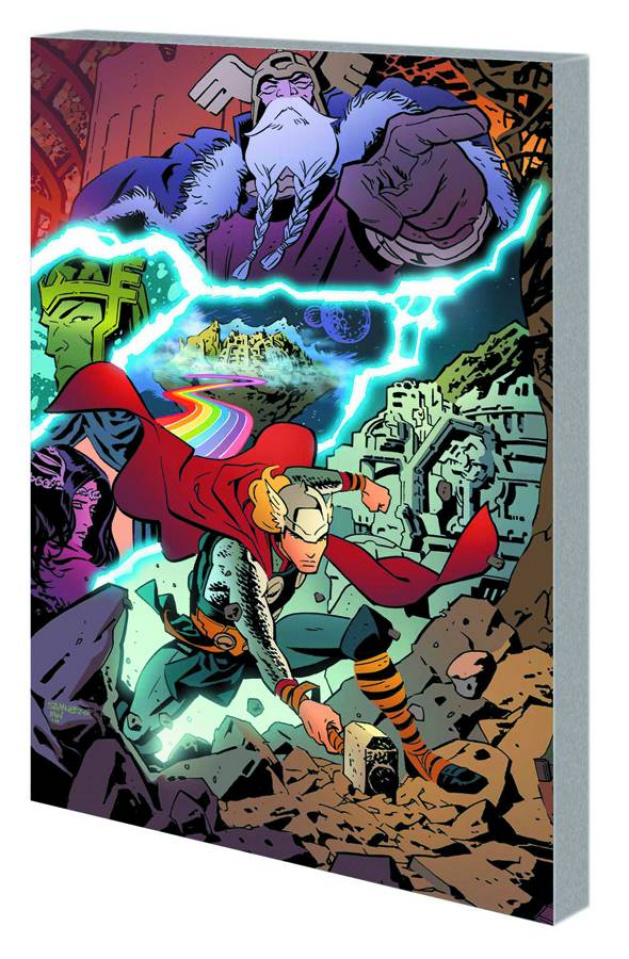