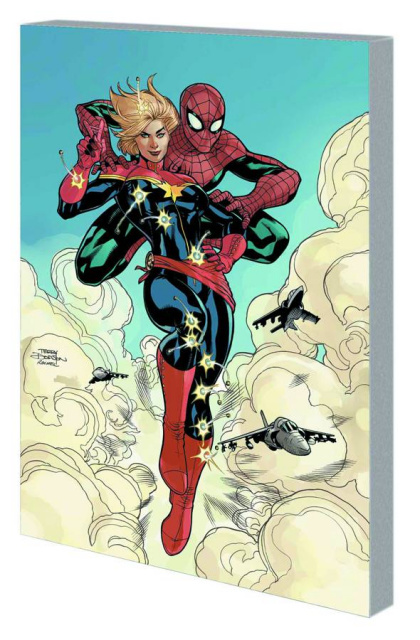 Avenging Spider-Man: The Good, the Green and the Ugly

Spider-Man continues to rub shoulders with the Marvel Universe's best and brightest! First, it's a night out on the town with Spider-Man and She-Hulk! All the thwipping and quipping - and none of the calories! Then, Spidey plummets into action with the new Captain Marvel! Unfortunately, they're 50,000 feet up - and only one of them can fly! And when a Boston-based brawl breaks out between a 50-foot madwoman and an army of privatized mecha-police, guess who's caught in between? Plus: It's the team-up you've all been waiting for as Spider-Man and Deadpool take on...high school?! The devilishly dangerous Deadpool helps Spidey dodge bullets and bullies, but is there more to the mayhem than meets the eye? Collecting AVENGING SPIDER-MAN #7, #9-10 and #12-13.