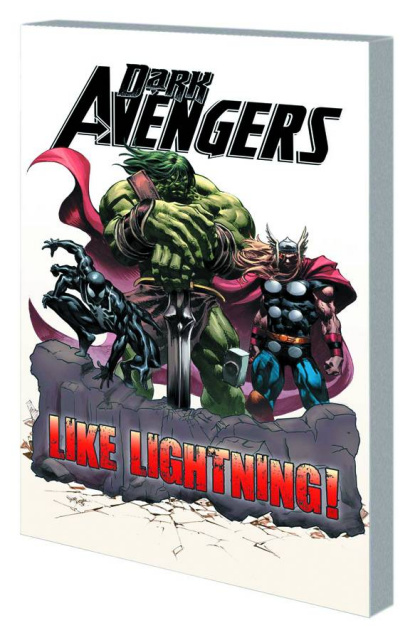 Dark Avengers: The End Is the Beginning

With the Thunderbolts lost in time, a new group steps in to replace them: the Dark Avengers! Featuring Dark Scarlet Witch, Dark Spider-Man, Trickshot, Ragnarok...and Luke Cage?! But while the T-Bolts battle Dr. Doom in the past for the fate of the future, Cage learns of the Dark Avengers' deadly new mission - and Skaar discovers the team's secret agenda! And when the Dark Avengers' operation sets off what will become known as "the Cataclysm," the situation gets worse as Songbird stumbles onto a conspiracy to destroy the team - and Cage and the T-Bolts, to boot! Plus: The Thunderbolts finally return to the present and face off with their replacements, but who can they call to knock the Dark Avengers down? Former teammate Cain Marko, the unstoppable Juggernaut, that's who! Collecting DARK AVENGERS (2012) #175-182.