A special "reprise" edition collecting the first two sold-out issues of the series that resolves the biggest mysteries of Locke & Key! In issue #1, set in the first days of the Revolutionary War, Colonel Adam Crais's minutemen find themselves hiding beneath 120 feet of New England stone, with a full regiment of redcoats waiting for them in the daylight ... and a door to Hell in the cavern below. The black door is open, and it's up to a 16-year-old smith named Ben Locke to find a way to close it. In issue #2, terror runs wild, and the Locke family comes to grief in the smash-ingest story of the series yet! 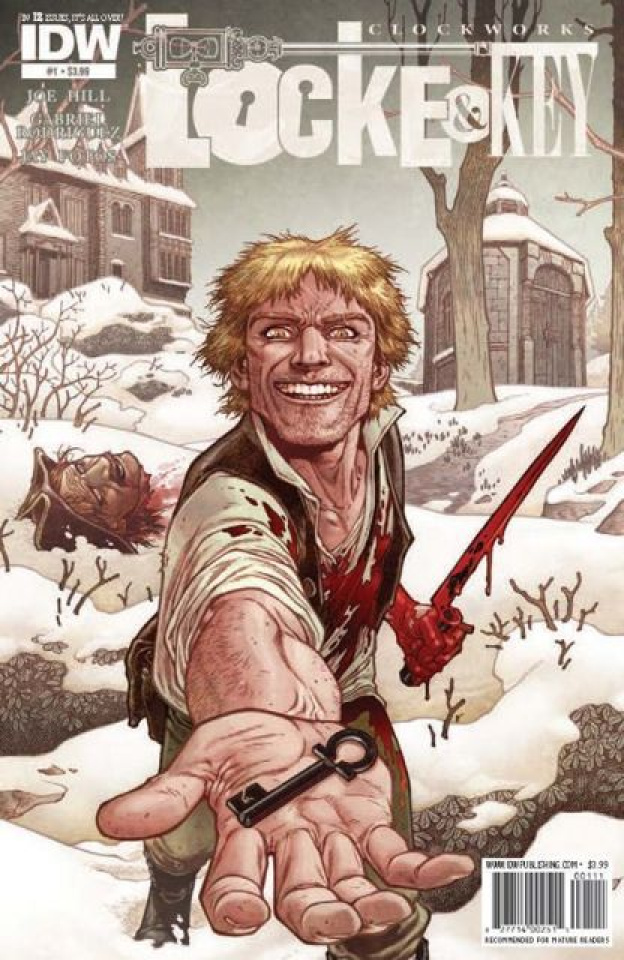