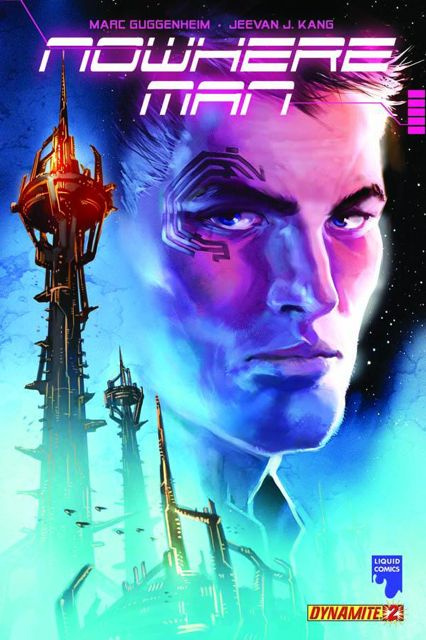 500 years in the future when citizens' thoughts are monitored by a centralized super-computer and crime has all but been eliminated, the mysterious and violent death of an individual is cause for significant alarm. This is whole new terrain for the ill-equipped security forces, especially when what appears to be a homicide investigation leads to evidence that someone's mind is off the grid, raising the tantalizing possibility that absolute security - and the world in general - is not all that it's cracked up to be. Acclaimed writer Marc Guggenheim presents part two of his original series Nowhere Man, where the mystery only deepens and action picks up. Created and written by Marc Guggenheim, a screenwriter on the 'Green Lantern' blockbuster film and producer on 'No Ordinary Family,' and 'Flash Forward,' with stunning artwork by Jeevan J. Kang (Seven Brothers, Sadhu).