A Game of Thrones #5

Storm clouds gather over Westeros in the fifth installment of Daniel Abraham's gripping adaptation of George R. R. Martin's fantasy masterpiece A Game of Thrones. A childish game gone horribly wrong pits Arya Stark against Prince Joffrey, with Sansa Stark in the middle. But behind youthful rivalries, cold-blooded political intrigue is at work as Queen Cersei uses all her wiles to blunt the influence of Eddard Stark, the Hand of the King. Meanwhile, Lady Catelyn has journeyed to King's Landing with the blade used in the attempted assassination of her son Bran-evidence that will upset a precarious balance of power. And in Winterfell, a dying Bran takes a mystical journey... and faces a fateful choice. 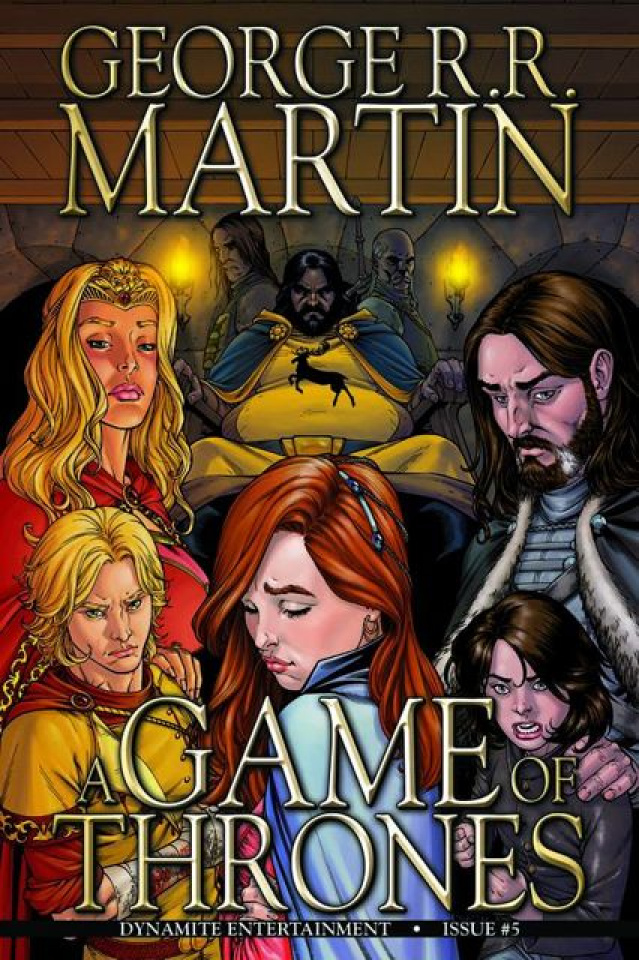