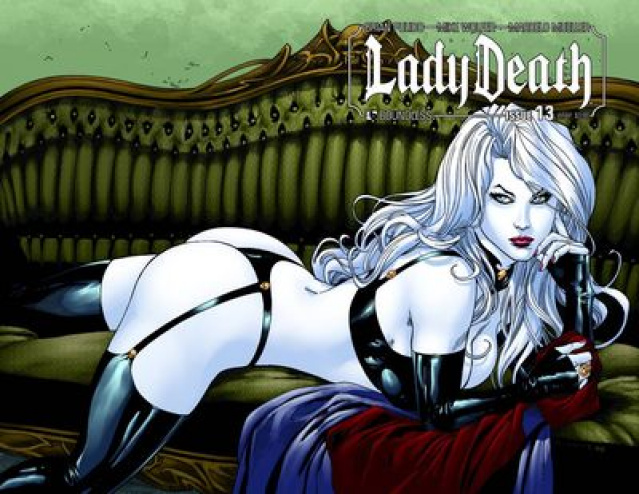 No one believed it was even possible, but the leader of the rebellion against Death Queen has been murdered, and it could spell doom for the forces who oppose the maniacal empress. Accompanied by the villainess who once thirsted for her blood, Lady Death and the terrifying Stigmata arrive at the secret, jungle rendezvous of tribal leaders, but will they be greeted as heroes or reviled as enemies? Throughout the Under Realm, Death Queen has begun a nihilistic assault against those who oppose her, but without a clearly-defined leadership and one, true sword to lead them, the rebellion will surely fail Available with a Regular cover by artist Gabriel Andrade, a Wraparound cover by Richard Ortiz, and a retailer order incentive Art Deco cover by painter Michael Dipascale!