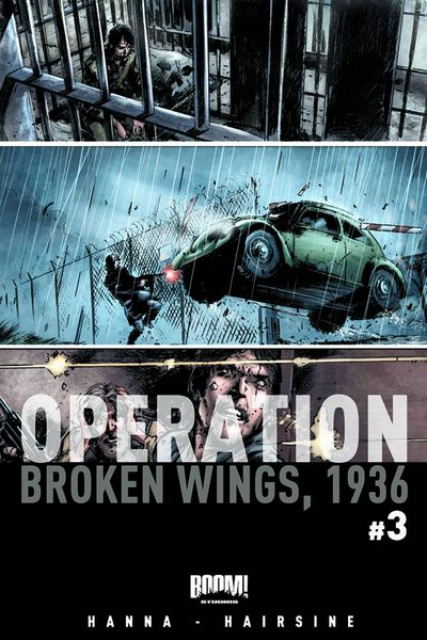 The epic conclusion! Major's luck has run out as the German army has uncovered his intricate sabotage plot and imprisoned him in the dungeons of one of the Fuhrer's monstrous castles. Little do they know, everything is going according to plan, as Major's ultimate goal lies at the heart of Castle Stolditz! Written by Herik Hanna and drawn by Trevor Hairsine, Operation: Broken Wings, 1936 gives you deadly intrigue and bone-crunching action exactly as you like it!