Babylon Garden has been found! New Mobotropolis is under siege! The Battle Bird Armada attacks from the sky, and Sonic enters into a desperate race against the Babylon Rogues! As chaos reigns, an ancient secret will be revealed that could destroy not only the cities, but the entire world! You cannot miss the stunning conclusion to artistic legend Tracy Yardley's debut Sonic Universe arc! 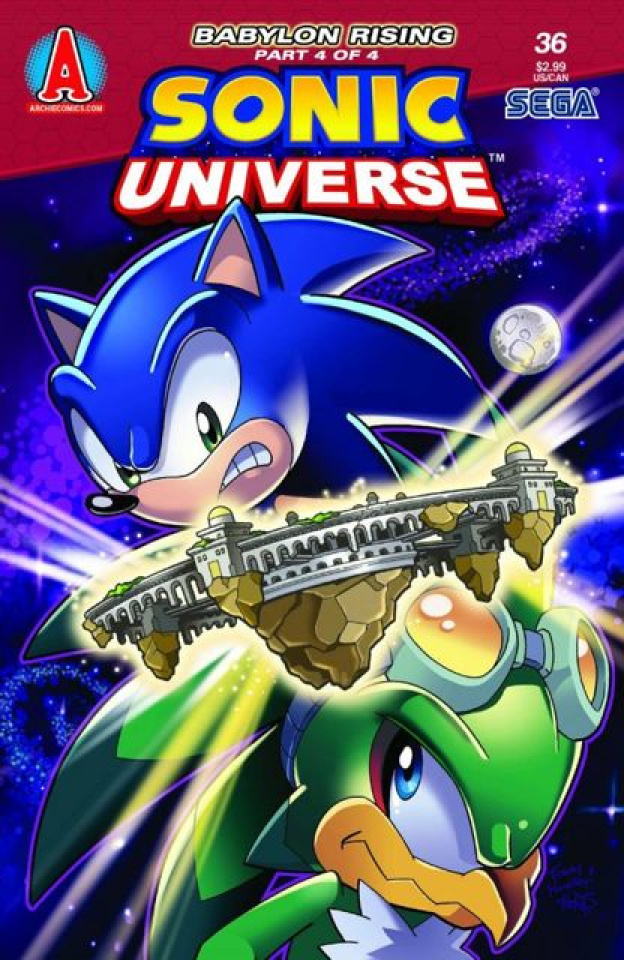