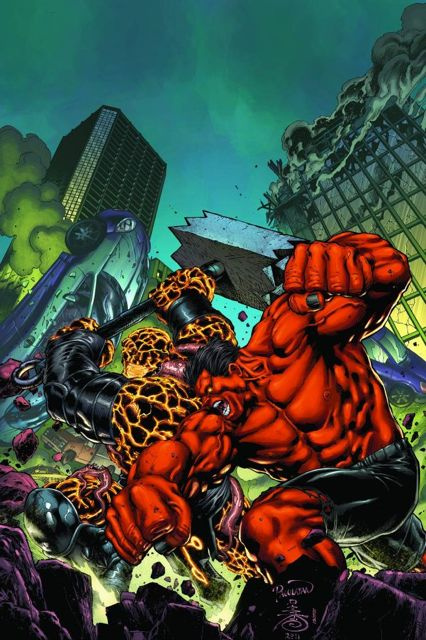 Red Hulk's most dangerous dust-ups yet! As the hammer-wielders continue their campaign of fear and terror, Red Hulk takes up arms against the newly deified Ben Grimm, the FF's Thing! It's bruiser vs. bruiser as two of the world's strongest battle it out in an all-out brawl that will shake the world! And no one is watching closer than M.O.D.O.K.! Plus: Omegex, a deadly force from beyond the far reaches of space, has awakened - and he wants Red Hulk! Our Crimson Crusader has fought battles of massive scale, faced villains of great strength and guile, and even punched a Watcher! But what can he do against a destroyer of entire worlds? And with Red Hulk on the ropes, when it seems the situation can't get any worse, super villainess extraordinaire Zero/One and her henchman Black Fog arrive. Collecting HULK #37-41.