Fan-favorite creators Kurt Busiek and George Perez continue their defining run on Earth's Mightiest Heroes! When you're an Avenger, you're one of Earth's Mightiest Heroes - the first line of defense against the dangers no conventional foe could halt. Threats including the Thunderbolts, Dominex, Lord Templar, Pagan and the Wrecking Crew! Then: Every man, woman and child in Slorenia is dead, eliminated with the cold precision of a machine. And out of the flaming remants of this tiny Baltic state comes a message from its murderer: Ultron has returned! Never before has Ultron been this dangerous, this deadly, as he stands on the brink of committing global genocide and rebuilding earth in his own robotic image. Our only hope is a desperate U.N. strike on Slorenia, led by the Avengers themselves. But will it be in time? Will the strength and courage of Earth's Mightiest Heroes be enough in the face of such overwhelming evil? For the sake of the world, it will have to be! Collecting AVENGERS (1998) #12-23, #0 and ANNUAL '99; and AVENGERS (1998) #1 ROUGH CUT. 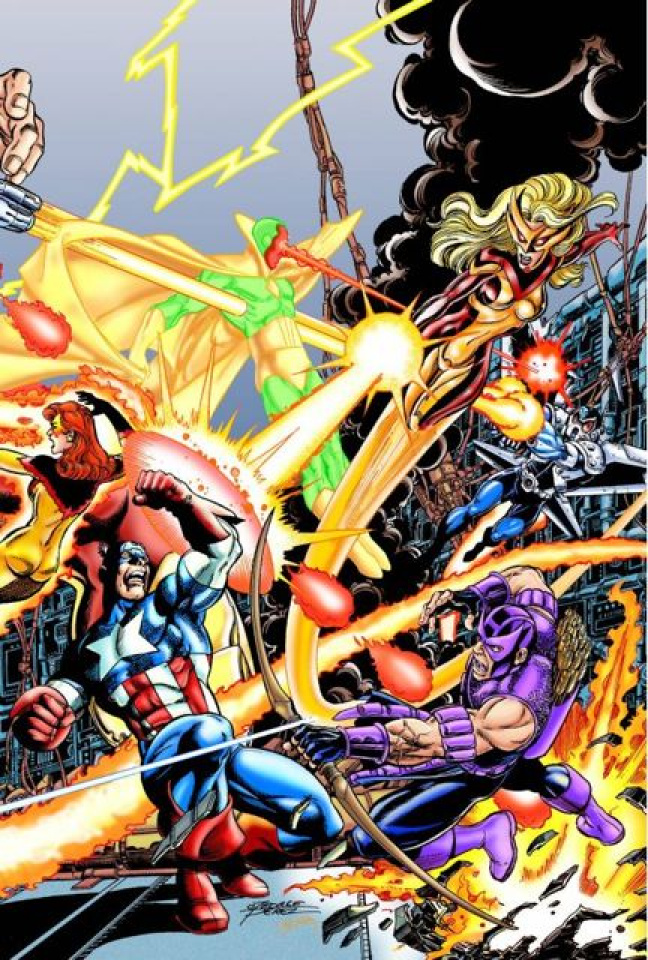