70 years ago, the world began its race to create the first Super Soldier. In 2011, the United States succeeded... twice. Project Red Spike discovered that through the manipulation and regulation of the adrenal glands the super soldier was no longer just a dream. Matt Cutler and Greg Dane, the first to survive the process, have been proven on the field to be everything that was wanting in the program. Unfortunately, an upgrade to Greg's implant goes array and now it's up to Matt to chase down his friend before he hurts himself, the city and the tax payers who funded their creation. But as the friends begin their very public battle in heart of Washington D.C., twisted and sinister secrets begin to emerge from within the Red Spike program. Can both soldiers survive or are their deaths a necessary measure to secure the program's secrecy? Collects RED SPIKE #1-6. 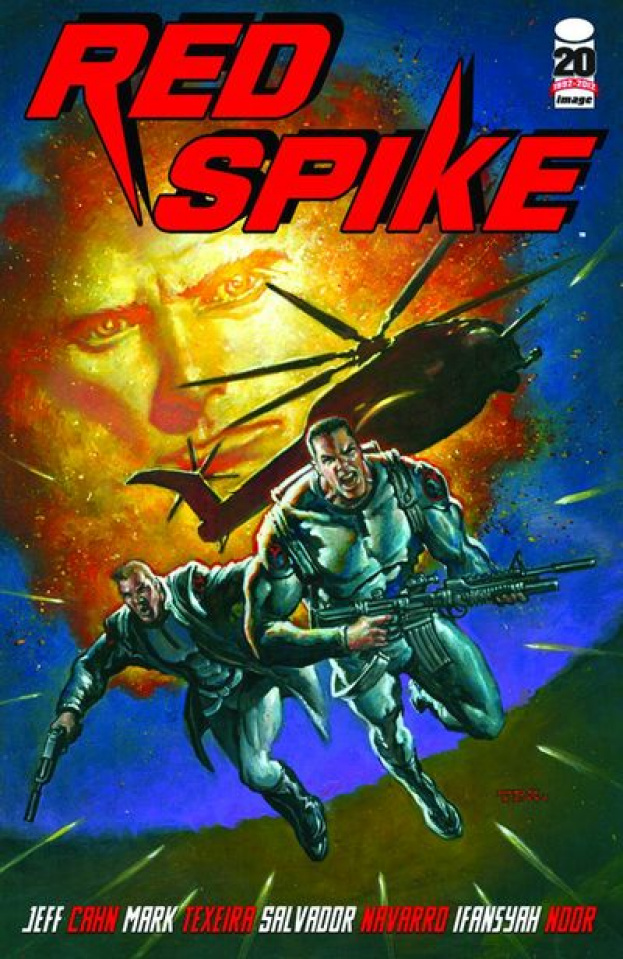