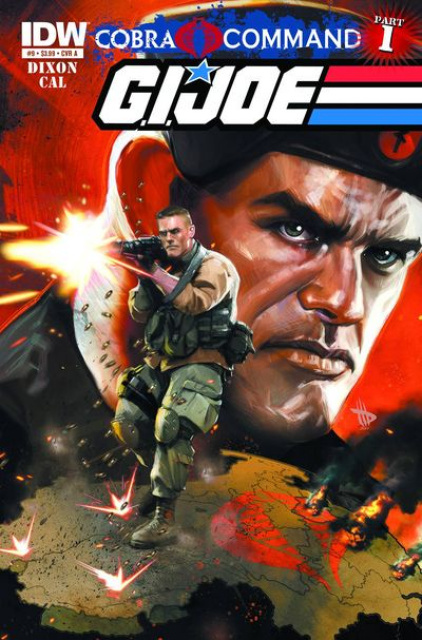 The Cobra Civil War is over but there's no risk of a peace outbreak. A nine-issue epic starts right here! The new Cobra Commander kicks off his reign with total war as he invades a sovereign nation with all the military might under his power. The world is outraged but uncertain of how to retaliate. So the Joes take to the field to battle a new, more dangerous version of their oldest foe.